Contact Bankier.co
Bankier.co is the internet domain and brand of Bankierhuset S.T.Evensen & Co DA/LLP (Steco) and Bankierhuset AS/Ltd.
Steco was established 1988 in Oslo, Norway. It represents access to trustees/fiduciaries as a Regional Network Partner (RNP) of the Creditas-initiative in one of 12-twelve maritime regions Worldwide.
Bankier.co promotes a Social Enterprise for Impact Investing - organized as a Collaborative Value Network (CVN - according to a Letter of Intent (LoI) directed to existing and potential stakehholders and serving as an Owners' Agreement.
The CVN-Approach for Impact Investing can be applied to vital areas of the real economy such as:
A) Basic Industries vital to people's livelihoods such as Water / Food / Health / Logistics/Trade + Distribution.
These industries must benefit the real economies of maritime regions + hinterlands;
B) Critical- and Basic Infrastructure - by requiring Impact Analyses and Regional Inter-Modal Transport Analyses (RIMTA) - to simulate (strategic) alternatives;
C) Land Banking - e.g. standing up to corporate players by mobilizing local- and regional knowledge - and capital from many - and/or "liberating" Sea-Shores and River Banks troubled by Acts of Nature and Man - to reduce consequences of flooding disasters by pro-actively reshaping-, securing- and creating environmental qualities.

Please identify yourself by sending a brief presentation to the secretariat: steco@bankier.co
Or you may refer to a website and an adjacent e-mail address + your name and role.
Bankier.co can send you briefs on e.g.: Exchange of information is based on a NDA (Non-Disclosure Agreement).

A brief reminder:
The CVN-Approach for Impact Investing in Maritime Regions has a "No-Group-Structure", which is explained above. It is also described on the Page: "A Columbus' Egg" to Impact Investing - and on the Page: "The Value Chain", which has a Pdf-file for downloading.
The Regional Network Partners (RNPs) are franchisees of Bankier.co. RNPs have their own forum for their trustees.
Cf. the above pages on "Alliances, RNPs & Bankier.co", "Restructering and Reorganization" and "Networking in Maritime Regions".​
Bankierhuset AS/Ltd. (a captive holding company) + Endowment for Ethics & Enterprise (EEE) support the CVN-Approach(es) at Arm's Length.
Restru-Reorg AS/Ltd. is the Creditas-Initiative's InvestCo for its Capital Partners and other key stakeholders - as well as for Protection Club Invest-Banc.
The Protection Club is forum for those Capital Partners, who choose to be members - to assemble strengths, spread risk and build capacities to facilitate effective carry-through of e.g. pro-active restructuring and/or access to intermediate capital.
The RNPs serve established peer-to-peer relations. To establish a peer-to-peer relation with a trustee/fiduciary and/or to prepare vital dispositions - e.g. to restructure ownership and/or help arrange coopetition.
Please contact the secretariat: steco@bankier.co

S.T.Evensen (in the photo below) is the managing partner of Steco and combines development activities and writing of Cases/Books. He is as a Google Book Search Partner. Look to his books on pluralism, ethics and enterprise:
S.T.Evensen. 1981. Economic Co-responsibility: A Dividing Line in Politics. Cappelen/Bonnier - on shareholder activism and enterprise;
S.T.Evensen. 2006. Director from the Outside: Good Governance inspired by Democratic Values. Xlibris.com;
S.T.Evensen. 2016. Nordic Model Analyses: Stances on Syndromes vs. Scenarios. Xlibris.com;
​S.T.Evensen. 2018. The Altruistic Gene - Revisited: About Actions, Events and Impacts. Xlibris.com.
​Book 3 of the Altruistic Gene-trilogy 1993-2018.
A new book: "An Origin of Altruism" is in progress. It is a tale of a good life in a village by the sea - until disrupted by a catastrophe caused by man - followed by man-made changes to the worse. 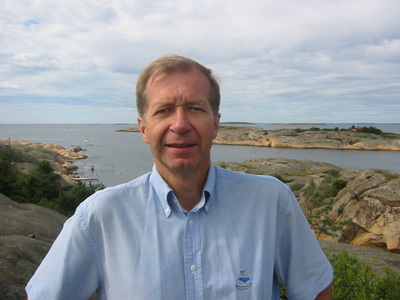